I don’t make New Year resolutions every year but for 2013 I did. Firstly, I decided that after a break of some 20 years I would try getting on a horse again. This resolution I managed to to within the first week of January quite an achievement I think! In fact I managed to ride twice, the first time was for a lesson which took place in an outside menage. This was intended to build my confidence but in fact I was not a bit nervous. The horse was quite large and I had a bit of trouble getting on, well, actually I had to take the horse over to a mounting block so that i was practically level with his back and all I had to do was climb over. I know you thought I was going to say “get my leg over” but I resisted the temptation! For my second ride I went with a friend and we actually went out on a hack! The countryside was beautiful, we were lucky because it was a lovely morning. We rode out away from the riding stables, through a river then up through some woods and around a lake. The whole thing took more than an hour and surprisingly I was able to walk afterwards. It was the next day that I suffered.

Second resolution was to write more and having joined an online writing competition writing short stories on a Saturday night I have managed to win two weeks running! So pat on the back for that! Last resolution was to get back into blogging as this can only help with the writing. So watch this space for exciting news of Le Marche and Italy. 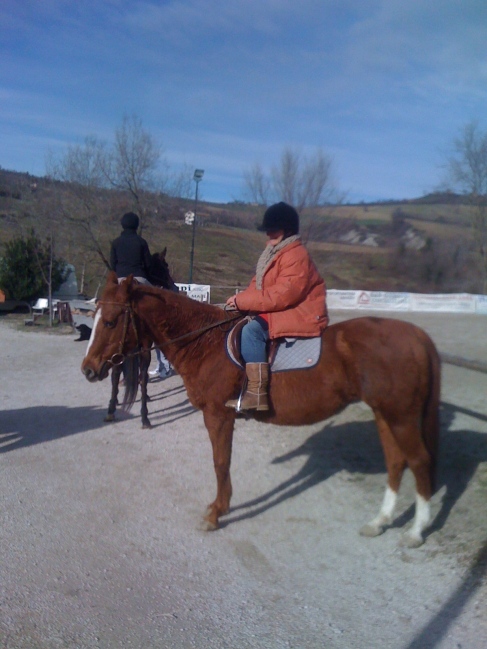