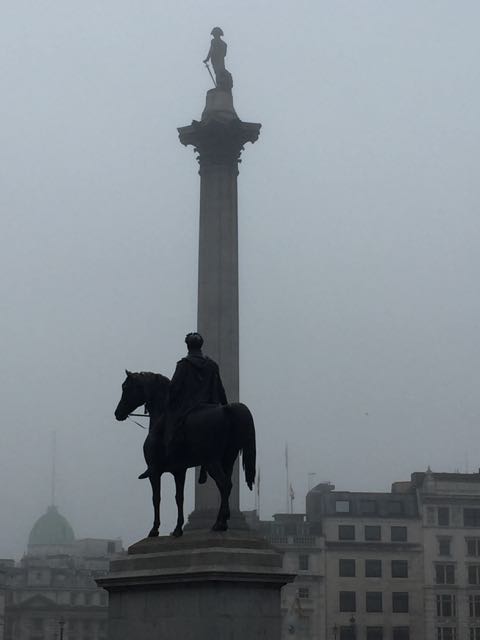 We’ve just got back from a quick visit to the big city, London. It was surprisingly quiet for the time of year. I actually hate crowded pavements when it’s difficult not to bump into another body, especially when they have their headphones on and their eyes glued to their smartphones…there were a few of those. We were also not squashed like sardines on the tube, but it was busy enough. I find as I get older I get paranoid about being on the underground, particularly when the train grinds to a halt between stations, I immediately think something awful is going to happen.  But, I was saved any of these anxieties so a pleasant few days were had.

We strolled around St James’s. Walked to the West End, had a meal at Joe Allen’s, took in a show, the Carol King musical, Beautiful. Which was amazing and a nostalgic journey for me back to the 60s.  In general we had a wonderful time and the icing on the cake was the arrival of my daughter and family on Sunday. We had a meal at the Windmill, Clapham Common, a busy pub with excellent food and situated right beside the common and a convenient playground.  The build up to Christmas has begun and even The Man enjoyed himself, no doubt because of the absence of any ‘Christmas Music’ a part of the season he just cannot abide.  I’m inclined to agree with him but, I do like to hear a few popular carols and songs around the 24th/25th December.  It’s when it all begins in September that bugs me.

I’ll leave you with a few photos.

I was excited to see some young ballerinas entering the Royal Ballet School, which is opposite the stage door to the Royal Opera House.  The Bridge across the road joins the two together so that dancers can get from one building to the other without going outside. I imagined they were taking part in the Saturday Matinee of The Nutcracker.  What lucky young dancers. 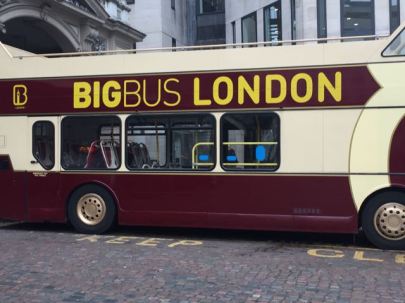 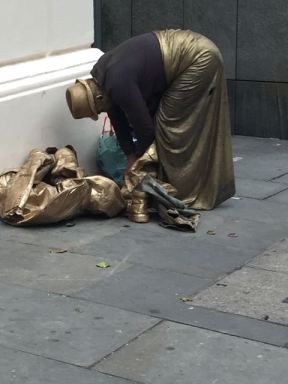 A statue preparing for work

Left: A photo for my bro’. Centre: St James’s Palace.  Right: The Lamb and Flag, one of London’s oldest pubs famous for the battering almost to death, (but not quite) of  playright, critic and poet, John Dryden in the alleyway outside.  Also visited by many other famouse authors, poets and artists including Dickens. 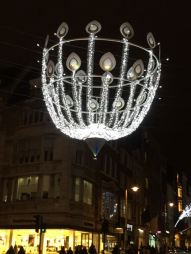 The lights on Regents Street and New Bond Street – The Man thought the one on the right was a fish bone. I told him it was a peacock feather, but I could see where he was coming from. 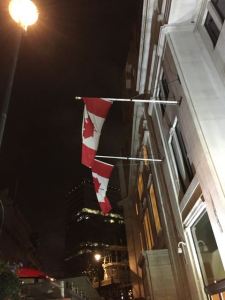 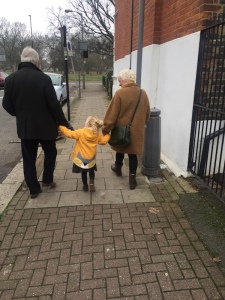 And Finally, Walking to the pub on Clapham Common on Sunday Ahh….